Popular Diets To Avoid At All Costs

Popular Diets To Avoid At All Costs

According to the CDC, as many as two-thirds of Americans are either obese or overweight, so it is no surprise that losing weight is a big business, spawning a new diet trend every few years. Unfortunately, while fad diets are big on promises, they often fail to deliver in the long term and some are simply unhealthy.

The Cabbage Soup Diet has been around for many years, but contrary to its claims, neither the American Heart Association nor any other health authority endorses it. This diet is based on a soup made of cabbage and other vegetables cooked in a broth and eaten as often as desired for a week at a time. While it provides a healthy number of vegetables, the Cabbage Soup Diet has definite drawbacks. Caloric intake can be dangerously low, but more importantly, restricting a diet to just one food or food group can lead to boredom and create nutrient deficiencies.

The hCG diet combines injections of the hormone human chorionic gonadotropin, or hCG, along with an extremely low-calorie eating plan of around 500 calories per day. The placenta produces hCG to control metabolic function and is normally only present in pregnant women. There is no scientific evidence that hCG is safe to use in those who are not producing it naturally, and weight loss experts do not advise most people to restrict calories below 1200 per day for women or 1500 per day for men without medical supervision.

The Raw Food Diet requires that at least 75% of the food intake be based on unprocessed, living or raw foods. Heating food is believed to destroy important enzymes and nutrients. The Raw Food Diet incorporates fresh fruits, vegetables, grains, beans, seeds, and coconut milk. While it is not necessarily an unhealthy diet, it can be a very complicated and even bland diet that can become difficult to maintain if the dieter does not have the resources or the time to keep up with it. Furthermore, calcium, protein, iron, and vitamin b12 deficiencies are all known to occur on the Raw Food Diet.

The Master Cleanse is less of a diet and more of a process in which salt water, lemons, maple syrup, cayenne pepper, and herbal laxatives are used to "cleanse" the gastrointestinal tract. Both waste and toxins are believed to be removed from the body through this combination of ingredients. The accompanying diet contains around 650 calories a day and is deficient in protein, calcium, iron, and zinc. Dieters may lose weight initially, but it will inevitably be gained back along with additional pounds when they return to their old eating habits. 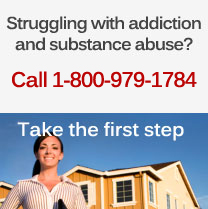